What is the best deal for shipping packages? For the last few years, one of the best values for shipping packages weighing less than five pounds has been the U.S. Postal Services Priority Mail. The fastest growing segment in the domestic parcel market is the B2C, which is where the USPS prevails, given that it serves every address in the five to six days a week. We should remember that the USPS is the low-price leader in many markets. (Morgan Stanley, March 16, 2007). But postal rates are going up on May 14, the highest published increase in over 10 years!

Hence, figuring out todays best deal has become more of a challenge.

The Deal: A one-pound package shipped by the USPS Priority Mail to any address in the for $4.05 was the best deal in town. Unless you were a very large shipper with discounts double the average, you could not beat this deal. The retail rate to ship a one-pound parcel to a residence located in Zone 8 (NY to CA) from UPS was $9.18 a 56% difference.

According to the USPS website, Priority Mail, although not guaranteed, usually gets delivered in one to three days. During the previous quarter, retail Priority Mail with an overnight scheduled delivery was 91% on-time and within a two-day scheduled delivery was 92% on-time. In this case, UPS would deliver your shipment in five days, while the Postal Service does it in two to three days for half the price. Good deal!

No Deal: The new cost for a one-pound USPS Priority Mail package is $4.60. While this is a 13% increase in charges for one-pound packages, it is a 20% increase for two- to five- pound packages in Zones 5-8. If you are a regular shipper who has an account number and a daily driver with UPS, the cost to ship a one-pound package to Zone 2 (NYC to NYC) is $4.14 fully loaded (fuel surcharge included). This means that UPS is 10% less than Priority Mail in a category that was previously dominated by the USPS. No deal!

The New Deal: Depending on your circumstances, however, Priority Mail may still be the best choice, especially if you are a small volume shipper, as the most expensive rates for shipping packages are for shippers who pay retail rates. If you do not have an account number with the carriers and you go to the Kinkos, UPS Store or Office Max counter to pay for your package, you could pay as much as 30% more for the same shipment than a shipper with an account. In those instances, Priority Mail will still be the best deal for packages in certain weight ranges (usually less than 10 pounds) and ZIP Codes.

Priority Mail may also still be a good deal for packages that are being shipped to residential locations. Priority Mail costs the same whether the package is shipped to a business or a residence, while the other carriers have a Residential Area Surcharge of $1.85 to $2.20. Deal!

You could get an even better deal, however, by using a service like DHL@home. With this service, DHL receives (or picks up) the package, and the USPS does the last-mile delivery to the residence. (This service is negotiated with your DHL representative or is available for infrequent shippers at RedRoller.com.) The cost for that one-pound package is $4.30, which is seven percent cheaper than USPS. No deal.

But if that one-pound package is shipped to one of the 23,430 ZIP Codes (55% of the total) that carriers classify as remote addresses, an additional Delivery Area Surcharge (DAS) of $2.20 is added. USPS Priority Mail, however, doesnt add a surcharge for residential addresses. This is a big deal!

Whether or not Priority Mail is the best deal for lightweight packages depends on a multitude of factors. But one thing is certain; more than ever before, now is the time to shop for rates. According to PARCELs poll, 31% of us will deal with rate increases by comparing carrier rates, while 39% will increase what we charge our customers. We should do the former. Let the technology help you to decide which is the best deal for your shipping needs.

Mark Taylor, MBA, DLP, is the President of TAYLOR Systems Engineering Corporation and the Chief Logistics Officer of RedRoller, Inc., the worlds first free Internet-based shopping service for shipping that compares the rates and delivery options of multiple carriers. He can be reached at Mark@RedRoller.com. 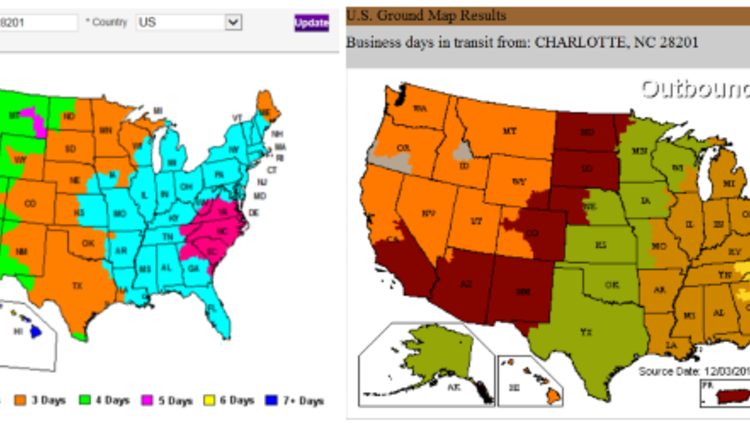