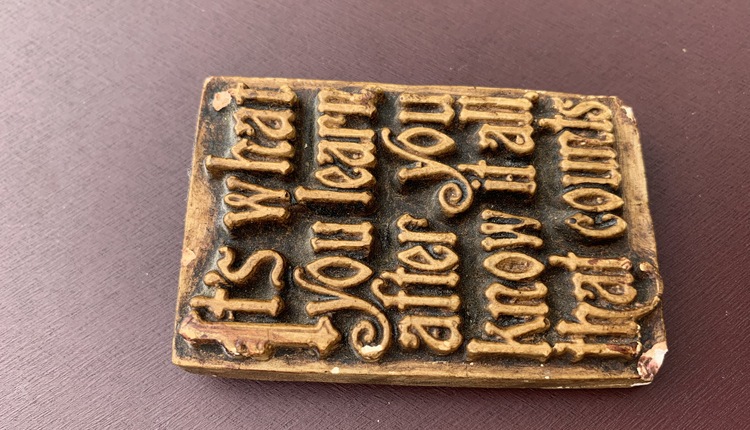 Over the last few years, there have been several installments of PARCEL Counsel relating to transportation contracts. Other columns have discussed issues relating to loss or damage to cargo. Generally speaking, these columns have focused on particular legal issues relating to these topics as opposed to the process of negotiating a contract or the process of recovering or defending a cargo claim. In this installment of PARCEL Counsel, I would like to share with the readers three observations from the 50,000-foot level, to use a current phrase.

In all of the houses in which my family lived when I was growing up, there was a small dime store plaster plaque roughly resembling a scroll. It read, “It’s what you learn after you know it all that counts.” I can remember as a young child staring up at it and contemplating what it meant, given its obvious illogical nature. I knew it must have meant something, but I wasn’t sure quite what. Now, as an adult, its meaning is pretty obvious.

Over the course of the last few years, there are three observations or conclusions that I have come to that I would like to share with you. The first is that it is very important to resist the temptation to demonize the other party… even when the other party might be one of the world’s largest corporations transporting parcels around the globe.

The other party can also include those people who I believe have adopted as a deliberate tactic being as obnoxious and irritating as possible… just so you will make any concessions necessary to get the deal closed or dispute resolved so you don’t have to deal with them anymore. Nevertheless, the emotional drain and the diversion of focus and resources associated with impugning the characteristics or motives of “the other side” does little, if anything, to get to the desired result.

The second observation is that at some point it occurred to me that the other side is never going to agree with your position… even if they do. To put this in context, over the years I would often find myself exasperated when talking on the telephone to another attorney who simply refused to concede that such and such a statute or such and such a case holding would control. In these situations, I used to find myself speaking louder and louder which, at least on some occasions, would end up in a shouting match with someone hanging up the telephone.

While this observation may seem obvious to the reader, it took me literally years to realize that of course they are not going to admit they are wrong or to agree with me — even if they do — since they are representing a business organization whose position they are duty bound to advocate. In other words, state your position — be it in a phone conversation, a letter, or an email — and let it be. For disputes, save the debate until you are in a structured negotiation or mediation or, worst case scenario, in court. In the meantime, hopefully the other party will have been listening to what you said and take it into account in the next round of proposals and counter-proposals.

And speaking of listening, the third observation that I would like to share with you is an adage that was related in a meeting by a seasoned school teacher’s union representative: “Listen to understand, not to respond.” In thinking about this afterwards, I realized that in conversations with opposing attorneys, I was doing exactly the opposite. In other words, rather than really “listening,” I was just waiting my turn to speak so that I could rebut or refute everything that he or she had just said. I have come to realize that to get a favorable resolution, it takes more than simply to announce one’s position to whoever is listening.

This is particularly true in the area of contract negotiations where a lot of money can be on the table. Professional reputations can also be at stake. Be that as it may, a successful negotiation depends at least as much on knowing and understanding the other side’s position as it does on understanding that of yourself or your company.

To sum up, I would just like to say that I do realize that it is easier to preach than to practice. All for now!

Brent Wm. Primus, J.D., is the CEO of Primus Law Office, P.A. and the Senior Editor of transportlawtexts, inc. Previous columns, including those of William J. Augello, may be found in the “Content Library” on the PARCEL website (PARCELindustry.com). Your questions are welcome at brent@primuslawoffice.com.

This article originally appeared in the November/December, 2020 issue of PARCEL.

FedEx Compounds Its GRI with January Peak Surcharges Next

Should You Renegotiate Your Carrier Contract Now?

The Five Most Critical Elements in Transportation Contracting: Part One
More from Articles 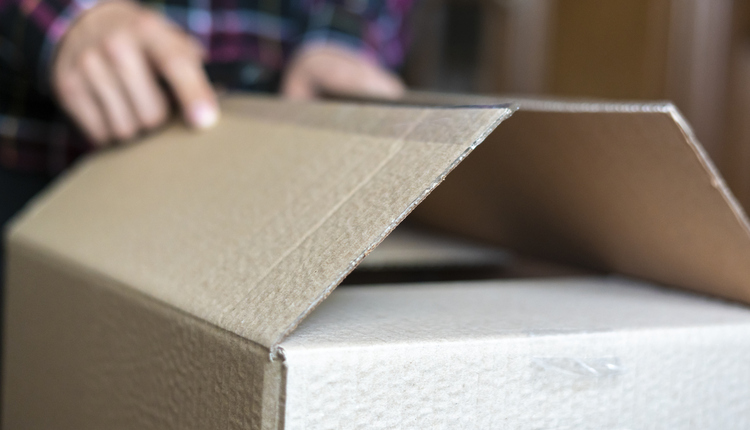 Sanctions and Parcel Shippers: A Look at the Office of Foreign Assets Control
Articles

A Look at the Major Legal Issues Facing Shippers
Articles