By now, unless youve been on a desert island for the past month, youve probably heard about the impending postal rate change, which represents a complete restructuring of the way the U.S. Postal Service determines rates. For the first time ever, the rate structure will consider an items shape in addition to its weight, reflecting the fact that certain types of mail require higher processing costs, and it passes those costs back to customers.

The USPS has come a long way since 1775, when Benjamin Franklin implemented a national postal system. But many of the changes have been relatively recent. For instance, it wasnt until July 1971 that the Post Office Department evolved into the modern USPS. The Postal Reorganization Act gave the new entity independent operational authority and a new rate-setting procedure governed by a Postal Rate Commission (PRC). The act empowered the PRC to recommend postal rates and mail classifications for adoption by the newly formed Board of Governors and required that rates for each mail class cover direct and indirect costs.

Since then, the USPS has raised first-class postage 13 times, including the rate hike of last January. Each time, the new rates considered only weight. Under the current system, a three-ounce letter, flat or parcel costs the same to mail for the consumer but not for the USPS.

The postal system began widespread mechanization in the mid-1950s. Accelerated automation began in the late 1960s, with the introduction of automated cancellers and optical character readers (OCRs). Today, multi-line OCRs read an address, print a barcode and sort at a rate of more than nine letters per second. Special barcode readers can read a barcode anywhere on an envelope. Manual processing of handwritten addresses has been largely automated. The USPS is also automating the processing of flats and parcels.

These advances only save the USPS time and money when customers send mail that actually works with these tools. Otherwise, the system relies on human processing, which costs more money and takes more time.

The existing rate structure does not factor in the additional resources required by manual handling. The proposed pricing plan accounts for this discrepancy by offering price incentives for efficient, automation-friendly mailings. The plan also reserves the biggest increases for items that require hand processing, especially when other packaging options are available.

The Push for Efficiency

The new rate structure, which goes into effect in May, carries stiffer increases for lightweight flats and parcels. Specifically, customers that mail flats weighing fewer than 3.5 ounces and parcels under 13 ounces will see the highest price hikes. These types of packages can often be reconfigured to work with automated processing machines. As the item gets lighter, the rate increase percentage rises dramatically. A one-ounce letter, for example, increases eight percent to $0.42, while a one-ounce flat jumps 19% to $0.62. The proposed pricing structure encourages use of flat and letter mailings whenever possible to take advantage of automated processing, says Marvin Makofsky, President of Long Island-based Conformer Expansion Products. Organizations that rely heavily on mass mailings can save thousands of dollars by converting flat mailings to letter mailings and parcel mailings to flat mailings.

Many businesses need to plan now to absorb double-digit postage increases. Commonly mailed, lightweight items, like checkbooks, CDs and DVDs, and dimensional mail used in direct marketing will incur steep postage increases if they continue to ship in small boxes and padded envelopes. Similarly, companies that use 9 x 12 envelopes to mail statements, newsletters, brochures and catalogs will also see a severe price jump, which offsets the aesthetic advantages of sending pristine, uncreased documents. As a result, many mail-order retailers, financial institutions and fulfillment houses are rethinking their packaging options.

Additionally, the changes will impact many companies marketing practices, according to Jeff Ehrlich, President of Fulfillment Plus. Most of our clients put another promotional piece in the package to increase the chance of a reorder, he says. It can be a simple piece of paper to a 60-page catalog and everything in between.  In the past, it didnt matter what you put in the package. Now, if you put in a thick catalog, it may make the package a hand-canceled piece, which could double the postage. Clients have to look at the return on that catalog to see if its worth the added expense.

Under the new system, postage costs will decrease for certain types of mail. Letters weighing more than one ounce will cost less to mail. The same goes for flats that weigh between seven and 13 ounces. Reconfiguring mail to work within the new rate structure holds the potential for significant cost savings.

Brian Wilson, Vice President of Service Bureau Solutions for Pitney Bowes, notes, The new postage rates offer even more incentive for companies to align their packaging with the USPS requirements for machine-compatible mailings. One way is to fold billing statements in half and to mail them as letters in 6 x 9 envelopes.

Ehrlichs company is already working with clients to explore automation-friendly options, such as using expansion envelopes in lieu of traditional padded mailers. Another option is to split-ship some merchandise, says Ehrlich. It may be more cost effective to ship a package as two packages, compared to one package that has to be processed by hand. 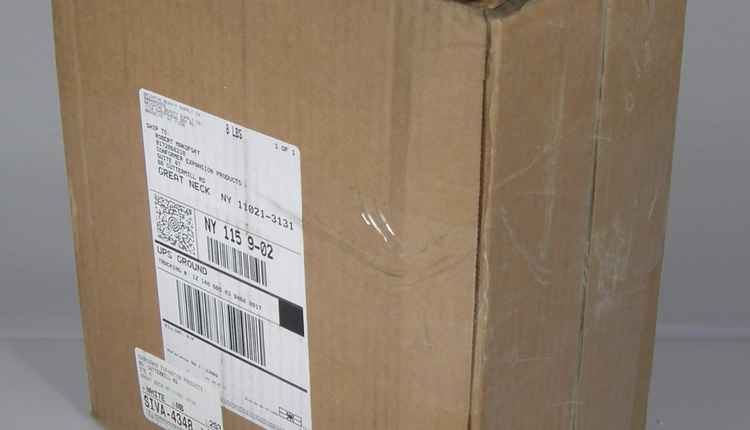