When sending goods globally, shippers need to be aware of the legal issues relating to international shipping and the risks they pose for parcel shippers. These risks include not only financial losses, but also exposure to criminal fines and penalties — not something that retailers want to encounter as they strive to grow their bottom line! Here are some best practices for ensuring your shipments meet the regulatory standards required for each country to which you are sending.

Know with Whom You’re Dealing

For international shipping, the importance of knowing with whom you are dealing goes beyond such things as credit worthiness and a reputation for fair dealing of the entity with whom you’re working. It also includes knowing whether you are allowed to do business at all with your counterpart or in a particular country. The US Treasury’s Office of Foreign Assets Control (OFAC) is the US government agency that administers and enforces a variety of laws and sanctions against countries and groups of specific individuals, businesses, and organizations with whom US persons may not engage in prohibited trade or financial transactions. Every company shipping goods overseas should be aware of OFAC and the laws it administers. A good place to start is on the US Treasury website.

Familiarize Yourself with Export Licenses and Controls

Although most items can be exported from the US without a license, the US government has established regulations that limit or even prohibit the exportation of certain goods, technology, and software in order to promote national security and foreign policy objectives.

The US Department of Commerce Bureau of Industry and Security (BIS) administers some of the Export Administration Regulations (EAR) and licenses, but other US government agencies also license and regulate the export of certain commodities. Items that might be military goods may be regulated by the Directorate of Defense Trade Controls at the Department of State and the US International Traffic in Arms Regulations (ITAR). These, and many other US government agencies, such as the Nuclear Regulatory Commission, the Drug Enforcement Administration, and the Bureau of Alcohol, Tobacco, Firearms, and Explosives, have information on their websites regarding the specific requirements for exporting and importing goods within the jurisdiction of their agencies. The Department of Commerce suggests that the first step to take in determining whether your shipment needs an export license is to determine your item’s Export Control Classification Number (ECCN), which can be found on the Commercial Control List (CCL) on the BIS website.

Goods crossing borders in any country are subject to customs reporting and inspection. In addition to classifying goods and determining whether their entry into a country requires the assessment of a tax or duty, customs authorities often inspect goods to ensure that they comply with laws and regulations related to health, safety, and security.

In the United States, US Customs and Border Protection (CBP) is the US agency responsible for overseeing the importation of goods into the United States. Once the goods arrive at port, the importer or its customs broker must file an entry with Customs that provides information regarding the classification of the good and the specifics of the importation. Even if an importer relies upon a customs broker, importers are required to know the applicable laws and to exercise reasonable care in classifying and providing information to Customs regarding the goods they are importing. CBP publishes a variety of “Informed Compliance” publications. They are excellent resources for importers and exporters.

Back in 2015, I wrote a set of articles focusing on the Foreign Corrupt Practices Act, whose primary purpose is to deter US businesses and business persons from participating in the corruption that pervades many countries throughout the world. It is a somewhat unique US federal statute in that it prohibits activities that could take place entirely outside of the United States as well as within the United States.

It is comprised of two principal sections. The first is known as the Anti-Bribery section, which prohibits “offering to pay, paying, promising to pay, or authorizing the payment of money or anything of value to a foreign official in order to influence any act or decision of the foreign official in his or her official capacity or to secure any other improper advantage in order to obtain or retain business.” These prohibitions are not to be taken lightly — there are substantial civil and criminal penalties. In 2010, a large international freight forwarding company and six of its corporate customers paid a total of more than $236.5 million in civil and criminal sanctions.

In addition, all forms of international transportation are subject to international conventions governing carrier liability. While it is possible to negotiate individually tailored contracts, the contracts will most likely incorporate by reference large portions of the provider’s boilerplate terms and conditions.

Accordingly, it is very important for a shipper to familiarize themselves with those terms and conditions and to take steps to avoid their impact. For instance, the common limit of liability for loss and damage in international air parcel shipping is 19 United States dollars per kilogram, or approximately $11.77 per pound. If one’s product is worth more than that, it would be prudent to obtain a shipper’s interest cargo insurance policy.

To conclude, I would like to acknowledge the contributions to this article by attorney Andrew Danas, who has a practice emphasis on international trade. He has this advice for a parcel shipper new to international shipping: “While the rules and regulations may be unfamiliar and complicated, they can generally be navigated by the same basic principles required for success in the domestic marketplace: know your counterpart; know your exposure to liability and insurable risks; and be aware of applicable regulatory obligations. Learning these basic rules for international business can lead to new markets and new opportunities.”

Brent Wm. Primus, J.D., is the CEO of Primus Law Office, P.A. and the Senior Editor of transportlawtexts, inc. Your questions are welcome at brent@primuslawoffice.com.

This article originally appeared in the Fall, 2019 issue of PARCEL.

Preparing for 2020: What Impact Will the Carriers’ Rates Have on Your Budget?Next

Oh, Canada! The Growth of the Small Parcel Market in Our Neighbor to the North
More from Articles 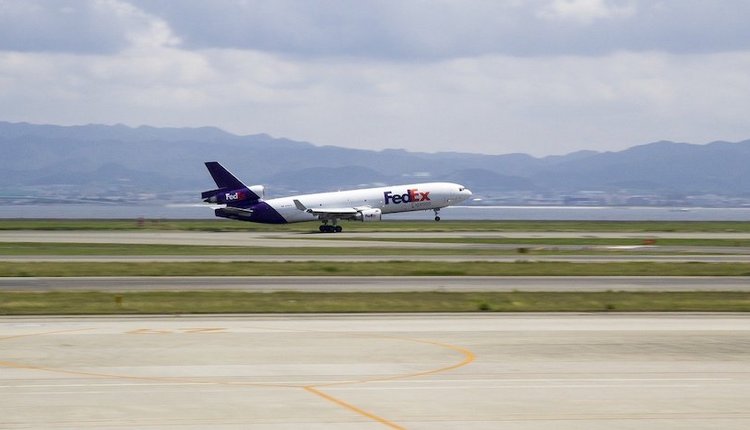 Is It Time to Move to a New Warehouse?
More From Brent Wm. Primus, JD
Articles

The Five Most Critical Elements in Transportation Contracting: Part One
Articles

Parcels and Politics: A Look Ahead into 2021
Articles