This article originally appeared in the March/April issue of PARCEL.

There are many things about football season that change from week to week. There are others that seem as predictable as the presence of the pigskin.

Such is the case with what many sportscasters call the “keys to the game.” Although they pretend to be saying something original each time, the truth is they’re usually presenting a variation of the same five or six points. (After all, who doesn’t want to avoid turnovers, control the clock, stop the run, and protect their quarterback?)

It’s a similar story where peak season post-mortems are concerned, at least in terms of the advice that’s being dispensed. You already know, for example, that you need to take a good hard look at what percentage of your deliveries arrived late or were incorrect. And you’re aware of the need to assess how accurately you predicted everything from shipping volumes to overall costs – and to scrutinize KPIs like average order-to-delivery speed and customer satisfaction levels. Just as important, you probably have ample tools in place to make these analyses happen.

In light of that, we’re going to give you “a bye” from sifting through these important but well-known tactics and focus instead on several less obvious questions you should consider. Some are large; others may seem small. But if answered honestly, all have the potential to be major game changers for next year’s peak.

1. How accommodating/sufficient were the receiving hours at your fulfillment centers?

Freight that’s delivered late to a warehouse or fulfillment center can quickly put your company’s order fulfillment rate behind the power curve, so it’s important to determine whether your middle-mile carriers were unduly delayed by long waits for dock doors once they arrived at your locations.

When we put this question to one of our key carriers after 2015’s peak season, we discovered that we could free up up considerably more of their capacity by expanding our receiving hours. That was the key to obtaining most inbound freight early rather than late in 2016.

2. Did you have to cap any of your facilities at lower productivity levels, and if so, how often and by how much?

If your company had to cap a fulfillment or delivery operation at a significantly lower productivity level during any part of 2016’s peak season, it could mean lost opportunities for substantial cost savings, delivery efficiencies, or both. More important, if the root cause of that cap remains unidentified and unaddressed, it could spell trouble for your 2017 peak.

With that in mind, compare the frequency of your peak door turns versus your non-peak door turns. Poll your last-mile carriers about their average wait time for a door. See if you can get some candid answers about how many carriers turned around and left when they got to your facility and discovered a long line. And try to get a read on whether there were significant amounts of inventory at rest before or after sortation took place.

Most important, don’t just focus on your facilities’ sortation efficiency – even though that’s a critical component – because at the end of the day, it’s still just one part of timely order fulfillment.

3. What was the average cube for the boxes you sent out during peak season?

No one’s going to dispute the wisdom of consolidating multiple orders or items for the same shopper in the same box. It’s a money-saving practice that works well and is especially common around Black Friday or Cyber Monday, when shoppers are prone to placing several orders with the same company within a short time span. But it’s essential to properly account for the impact of these combined orders because it can substantially increase box size and the number of trucks you’ll require.

When we examined this phenomenon at some of our operations, we discovered the average outbound box size during early peak was a whopping 30% larger than usual, and this meant that we could get 15- 20% fewer packages onto each last-mile delivery truck. Interestingly, we also discovered a correlation between customer orders placed from certain geographic latitudes and box size. The higher the latitude, the larger the average box size per shipment during peak season.

It’s also a good idea to look into how well each of your facilities matched orders to their intended, smallest possible model of box, especially now that dimensional sizing has become such a large aspect of shipping cost. It’s possible you may have shipped bigger boxes than necessary.

4. How many packages/last mile shipments could you have sent out earlier than you did?

Thanks to the fiasco of the 2014 holiday season, today’s consumers are well-acquainted with the importance of ordering by a company’s last guaranteed shipping date, and most retailers have been wise enough to err on the side of caution when determining that date.

But there are other effective ways to prevent eleventh hour bottlenecks as well – including advancing orders as circumstances permit. Our company took frequent advantage of this practice during this past holiday season and found it to be instrumental in helping us stay ahead of what turned out to be record delivery volumes. It also improved our overall productivity, because we were able to do a better job of optimizing our workforce and scheduling shifts and carriers throughout the entire season rather than just one small portion of it.

5. How did things look – literally – at your last-mile DCS/fulfillment centers?

Even though we live in a virtual world where vast amounts of data are captured and analyzed electronically, there’s still a lot to be said for using two comparatively lower-tech tools: our eyes.

Hopefully, your company had key executives or consultants in place at your hubs to observe everything from your truck yards to your dispatch areas during the height of peak season activities, because few things are more useful than onsite observation for getting your hands around the intangibles that differentiate one facility from another. However, if that didn’t happen, you can still tap into some highly useful visual inputs.

For example, do your employees or supervisors have smartphone photos of packed boxes before they were sealed? These images can help you determine why some facilities shipped an inordinate number of orders in larger boxes than necessary. Security video footage of your facilities’ parking lots or truck yards can provide a birds-eye view of trends and variations – like significant levels of congestion or a change in the size of trucks that a carrier sent in a peak week – that can affect traffic flow during critical periods. Video images of your facility’s dispatch area can also be useful, because floor space that appeared clogged or congested suggests a need for a redesign or overflow space.

If you don’t have access to such visuals from 2016, resolve to rectify this before the 2017 peak season. It could pave the way for substantial performance and service improvements and help you spot many minor issues before they turn into major disruptions.

6. Did you have access to the quality of capacity that you needed? And what did you do to help ensure that quality?

The high volumes associated with peak season can mean working with a wider universe of carriers and temps than usual – and vying for their services along with numerous other companies. But that doesn’t mean you should compromise your standards when it comes to how well these second- and third-string players perform.

The immediate months after peak are an opportunity to scrutinize everything from driver churn and on-time inbound freight deliveries to individual hubs’ productivity levels so you can differentiate between the carriers, temp agencies, and 3PLs that collaborated well with you (and perhaps deserve more of your business) and those that need more coaching or should be cut from the team altogether.

The first part of the year is also the right time to take a hard look at the way you trained, managed, and motivated your team before, during, and after the order avalanche. Employees typically have to put in a lot of extra effort during peak such as working longer days, rotating shifts, and forgoing vacation – plus some don’t get to spend as much holiday time with their families as they’d like – in order to ensure that your company succeeds. And if you can’t recall any extra ways your company thanked, acknowledged, empowered, or rewarded them, you didn’t just miss an opportunity, you missed the boat.

7. Whose feedback and data have you been using to help plan and forecast?

When it comes to peak season, even the best-performing companies seem to have their regrets. One of the most frequent is failing to give enough people an opportunity to weigh in. Another is overlooking a key input that could have significantly changed things for the better.

As you prepare your peak season post-mortem, make sure you’re polling the right internal resources, including IT, facility maintenance, and individual hubs and regions. It’s amazing how functional areas or organizational levels can have completely different takes on the same performance, and oftentimes a dissonant view can pinpoint a strategy for heading off a repeat bottleneck or a completely new issue you might otherwise not have considered.

By the same token, don’t just rely on your data alone. Check your numbers against those of your core middle-mile carriers and last-mile providers. Make sure your clients are keeping you in the loop about the widest possible range of metrics, not just the ones they think you might be interested in. And of course, pay careful attention to the voice of your customers. You can learn a lot from every one of them, not just those who call in to complain.

The past peak season is a valuable learning tool. The more detailed, granular, and multifaceted your analyses are, the more likely you’ll be able to unlock the secrets to an even better year going forward.

After a Global Pandemic, the Future of Delivery Is Local 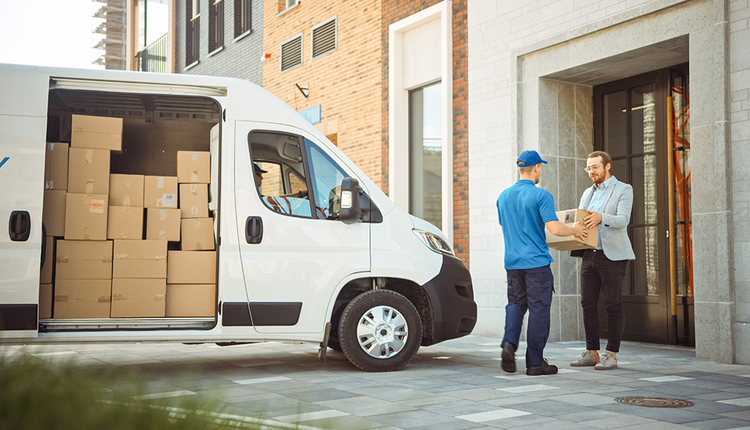 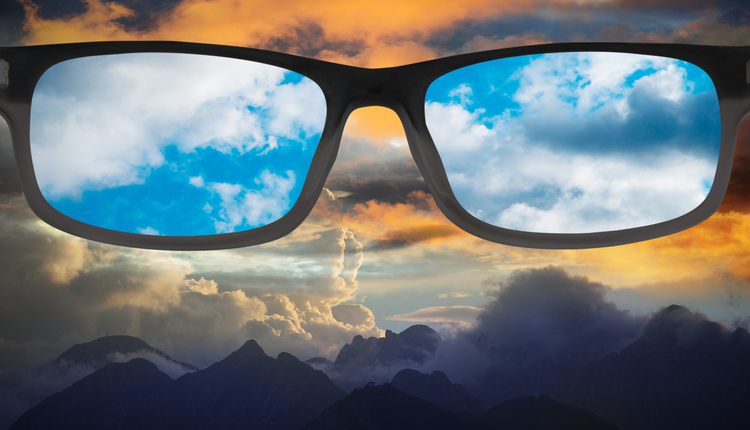