One of the most common challenges I hear from volume parcel shippers is that they don’t know how good – or bad – are the incentives, terms and structure of their carrier pricing agreements. Why? Amongst many factors, the majority of carrier contracts include confidentiality language that preclude shippers from sharing information.

Moreover, the carriers are focused on package yield management. As public companies, their mandate from shareholders is to sell your business at the highest rates possible while still retaining you as a customer.

Of course, no shipper would ever negotiate a contract and knowingly leave money on the table. But the reality is that some of you have done a better job than others when it comes to negotiating the most favorable rates and terms.

How can you be certain your rates are truly best-in-class? How do you obtain parcel pricing benchmarks, especially given contract confidentiality concerns?

Shipware and PARCEL set out to provide shippers with a comprehensive set of parcel pricing benchmarks. During last year’s PARCEL Forum (October 2014), dozens of shippers participated in a live pricing survey. We asked the questions, you provided responses. Contracts were not shared, but rather, participating shippers responded to survey questions based on ranges. Moreover, survey responses were entirely blinded.

Participants included a mix between several industries including manufacturing (25% of survey respondents), retail/wholesale (38.9%), 3PL/warehousing/fulfillment/distribution (19.4%), software/high tech (5.6%), ecommerce (5.6%) and others (5.6%).

Predictably, UPS (44.7%) and FedEx (39.5%) were cited as the “primary” carriers (as defined as more than half of overall volume). Other carriers that survey respondents named as primary included UPS SurePost/Mail Innovations (7.9%), FedEx SmartPost (5.3%), and regional carriers (2.6%).

The survey was taken two months prior to the January 2015 dimensional pricing changes in which the carriers eliminated the 5184 cubic inch threshold. At that point, only 52.6% had attempted to negotiate with the carriers on the new dimension based pricing, although 31.6% had plans to do so. Fifty percent of those that already had negotiated reported “no success” in getting the carriers to back off the changes; 23.1% were “partially” successful, and 26.9% were “extremely” successful. Outcomes for those reporting “partial” or “extreme” success are listed below.

However, only 22.9% of all shippers expected to retain or improve the 5184 exception; 62.9% expected to be on standard terms.

Regarding the elimination of the 5184 cubic inch dimensional exception, 35.1% of shippers anticipated the pricing change would result in rate increases up to 5%; 16.2% forecasted increases of 6-10%; 10.8% of respondents expected increases of 11-15%; only 2.7% of shippers had forecasted cost increases of 16% or greater. Interestingly, 13.5% hadn’t yet analyzed the impact pending increases, and 18.9% forecasted no higher costs in spite of dimensional pricing. Most shippers would attempt to mitigate cost impact through negotiations (87.5%) and modifying box dimensions to create smaller, denser packages (71.9%).

The other factor important to the DIM conversation of course is the DIM divisor. Nearly half of respondents (47.4%) get the standard factor of 166. Only 2.6% reported negotiating a DIM factor greater than 300.

Contract negotiations remain the most popular strategy for shippers to keep costs in check (73%). Other common responses included implementing least-cost routing software (62.2%), modifying packaging (56.8%), greater use of the USPS and regional carriers (54.1%) and auditing carrier invoices (51.4%).

There was a correlation between the frequency of carrier contract negotiations and price satisfaction. Shippers that negotiate on a more frequent basis reportedly receive better contract incentives. When negotiation contracts, changes tend to be more minor (42.4%) than significant (39.4%), and only 18.2% conclude with a new carrier or all-new agreement.

The contract changes were most typically around accessorial charges or general rate increases (GRI) as shown below.

By a margin of nearly 6-to-1 shippers continue to report that it’s harder to negotiate contracts today than ever before.

Shippers understand that the primary national carriers are focused on growing profitable revenue (78.3%) and that there are few competitors (60.9%). Interestingly, 65.2% reportedly believe FedEx and UPS have an unsaid agreement to avoid “price wars”.

The majority of shippers continue to single source (defined as giving 80%+ volume to a single carrier).

Regarding the use of the U.S. Postal Service, the majority of survey respondents still do not believe that Priority Mail is a viable alternative to UPS/FedEx air services (56.4%), although 74.4% “definitely” or “probably” feel those postal products are in fact viable alternatives to Ground services.

Only 34.2% of survey respondents reported using regional carriers, and only 7.9% on a “significant” basis.

Moreover, shippers’ use of regionals reportedly increased in the past year, perhaps indicating satisfaction with those services.

Use of Parcel Select products is also increasing. While FedEx SmartPost continues to enjoy primary carrier status for the highest number of shippers (36%), UPS SurePost and Mail Innovations came in second with 32% of the survey population.

By and large, shippers are enjoying the cost and value of Parcel Select products; 88% of survey respondents are mostly or extremely satisfied.

It is important to note that while overall volume and revenue certainly play a role in pricing, FedEx and UPS discounts are largely based on the carriers’ analysis of distribution footprints and package characteristics, which are directly tied to the carriers’ “cost to serve” pricing model.

Revenue management teams at the national carriers have become quite adept at understanding how much it costs to move a customer’s packages through their networks. Package profiles that are relatively easy to handle are priced more competitively than those in which the carrier is likely to incur additional costs.

Therefore, simply reviewing benchmarking data may not be enough to draw conclusions that you, too, should be receiving similar discounts.

Benchmarks like those published above will provide shippers with an idea of what’s possible — high watermarks for which to strive. And when survey questions are cross-tabulated with shipper volume, spend, industry or other key metrics, shippers can get a better sense of how they compare with others.

Imagine how your carrier contract negotiations would improve to your favor if you knew that you were getting the worst incentives against a peer group on part of your contract; or that three quarters of companies had negotiated a discount on a surcharge, the same surcharge the carrier rep told you is never discounted.

Rob Martinez, DLP is President & CEO of Shipware LLC, an innovative parcel audit and consulting firm that helps volume parcel shippers reduce shipping costs 10%-30%. Rob offers more than 25 years’ experience negotiating parcel contracts – on both sides of the negotiating table – for some of the most recognizable brands in the world, and is a sought after speaker and industry thought leader. He welcomes questions and comments, and can be reached at 858.879.2020 Ext 114 or rob@shipware.com.

TMS in the Cloud (Industry Whitepaper) Next

Shopping and Shipping: Ecommerce as a Global Strategy Previous
Related

The FBAP Elite - How Partnerships Create Value Beyond the Audit

Protect Your Shipments During the Holidays
More From Rob Martinez
Articles 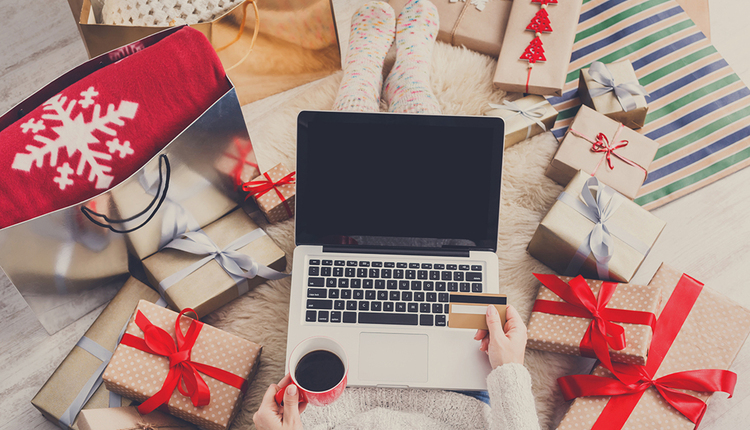